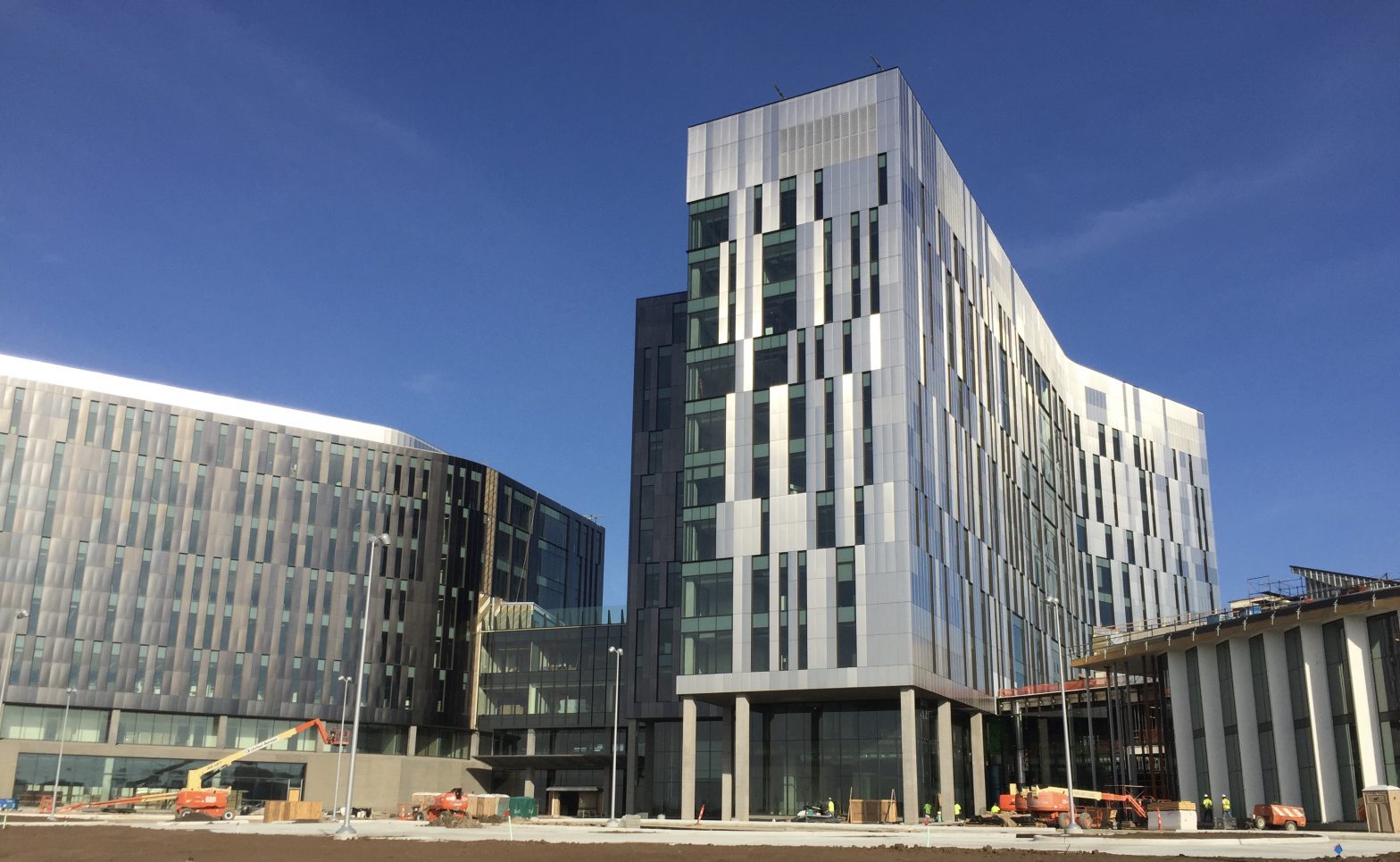 Located near Interstate 435 and 87th Street in south Kansas City, the new $4.5 billion campus will have 16,000 employees on site by completion of the project. The new Cerner Innovations Campus has a 10 year development plan that includes 4.7 million square feet of space in 16 buildings, slated to be constructed in 16 phases.

The two towers, stacking up to eight and 11 stories each, will host a total of 3,000 employees who will move in incrementally during the next six weeks. That’s just for the first two phases of the project.

About 3,000 software engineers and support staff are assigned to the new Innovations Campus, most of them relocated from Cerner’s nearby Realization Campus, which grew from the former Marion Laboratories complex and will continue to be remodeled to suit Cerner’s needs.

According to a Kansas City Star interview with Cerner’s COO Mike Nill, Cerner doesn’t intend to abandon any of its existing seven properties in the Kansas City area. It’s counting on growth to fill them all.

The Cerner Innovations ribbon-cutting showcased the first two structures on the new campus.